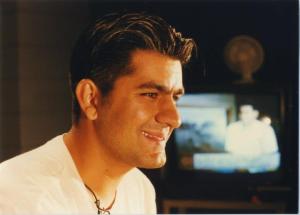 Dave Manoucheri had his world turned upside down in 2011 when his wife of 18-years died on their wedding anniversary.  That day left him to care for his four children, two teenage girls and twin boys, on his own.

In a matter of weeks Dave’s life was upended and he lost his wife, his home and his work decided to “make a change”.  All this while trying to be a “sole parent,” as he calls it to his kids.

Dave sends the message that life is certainly different, but they are imperfect…and that’s okay. 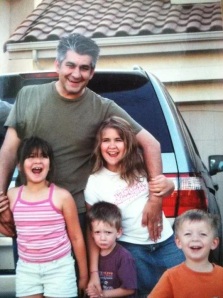 He also wants to show that a Dad can be loving, fun, and understanding as much as the dual parents.  His struggles to be both Dad and Mom to four kids – two boys, two girls, are the subject of his blog.

Dave has a diverse area of expertise.  An investigative journalist, he has a background in research, writing, television and print.  He’s also a freelance writer, working for Rene Syler’s Good Enough Mother and has written for magazines like Smithsonian’s Air and Space.  He’s also a practicing musician who performs when work and family allow.

Fill out the form below to book Dave for speaking engagements or conferences.