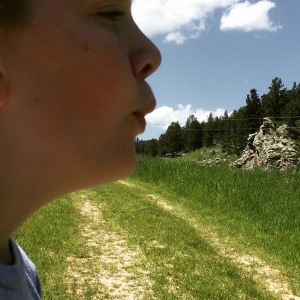 Questions of My Childhood

(See, and you thought the musical references had ended!)

Vacation is a great thing. I haven’t taken two full weeks off in so very long I wasn’t sure at the beginning I’d know how to handle it.

I, of course, got over that very quickly.

Still, there are some unexpected things that happen when you have those quiet, unprepared and unsolicited moments available to your children.  Questions about their own childhoods come up. These aren’t always questions you’re happy to give the answers to, I must say.

My boys, in particular, were still pretty little when their mother, my wife, passed away.

Related: Three Years: From the Beginning

Four years to you and me isn’t much time. I have gone on dates with women who were four or five years younger and older than I am. In the scheme of adulthood time is a lot more fluid.

When you’re 7-years-old and your mother goes to the hospital never to return it’s a lot different. Four years, in that prospect, is a very, very long time. They were just about to turn 8 when they lost their mother.

So when we were on vacation we visited an area that was a big part of my own childhood, the Black Hills. Stories of where we went, how the Crazy Horse Monument is only slightly farther along then when I was their age, and the strange, fun and wonderful things about the area.

So my kids started asking about their own past, their mother, and their own childhoods.

Not all the questions had pleasant answers. I told my kids I wouldn’t lie to them so when my middle child had memories of difficult days, lack of money, lack of stability and an empty pantry they asked why that was.

“We didn’t have any money,” was my reply.
“You mean like now?” It was a legitimate question.
“No…not like now. Now, we’re, well, even. Stable. Then we were so far down we couldn’t see up.”

This met with some quiet reflection.

Questions arose about our current home when we came down to it.

They asked why I had put the guitars in closets and the stereo in a cupboard and hidden it away.

“You make compromises when you’re married,” I told them. It was clear, though, that they had all thought these were a few compromises too many.

“Music is something we all love,” my son told me. “Why would you hide that?”

I couldn’t explain why the stuff went away, my wife was a very strong and convincing personality. But there was another thing to consider.

“Music helped us get through, it helped us heal, it’s part of what we all do now,” I told them. “Just because I put some stuff away doesn’t mean it was buried, we still had music with your Mom. She just didn’t like to think I might go on the road or leave you guys to tour or something. This made her feel better.”

It didn’t make them feel better.

Questions about personality . . . the anger they feel, my son’s insecurities, my daughter’s moodiness, my oldest daughter’s drama tendencies . . . all those are parts of my wife as well. Some are good parts, some aren’t. They couldn’t understand why they had any “bad” parts.

In the end, I told them, they are . . . themselves. They’re not their Mom. They’re not me. That’s a good thing. If they were clones of us it wouldn’t be good at all.

It’s curiosity. As kids, if you grow up with both your parents around, you tend to have all those questions answered on a daily basis. But when you lose one, you ask questions, sometimes uncomfortable ones.

But it doesn’t mean they want to sully the memory of their mother. It means, now that they’re finally moving into their own little lives . . . they still want to know where they come from.

They are the Questions of their Childhood.